For detailed step by step procedure with detailed images and guidance on how to register for the NTC licensure exams September 2019 check the article below.

Kindly Share To All Prospective Teachers, There Is A WhatAapp Share Button Below This Article. You can join our Telegram Group For The NTC Exams For Receiving and Solving Questions. Here is the Group: >>> NTC Licensure Exams And Teacher Discussion Forum<<

About The NTC and The Licensure Exams

The National Teaching Council is mandated by the Education Act 2008 (Act 778), Section 9 to improve professional standing and status of teachers and to license and register teachers in Ghana.

Rationale Of The NTC Licensure Exam

The reason behind the teacher licensure examination is to enable qualified teachers to acquire a professional license to ply their trade and to also improve the state of teaching as well as to improve the quality of teachers in the country.

The purpose of the licensure examination is to enable qualified teachers to acquire a professional license, and also attract excellent young graduates from the Universities and Colleges of Education who have the required professional knowledge, skills and attitudes necessary to deliver effectively in schools.

Scope And Target Of The Licensure Exams

Teachers already teaching prior to the starting of the licensure examination in September 2019, both in public and private schools, would not be required to write the examination but would undertake a number of in-service professional training program to upgrade themselves to enable them to obtain the license. This process is yet to be done.

Targeted candidates for the exams are those who have completed colleges of education or those who read Education in the various universities and colleges who seek to be employed by the Ghana Education Service (GES).

The current policy is that all teachers and prospective teachers who seek to be employed by the GES would be required to write the licensure examination as directed by the NTC.

Three papers namely  Professional Skills, Literacy and Numeracy are to be taken by the directions of the national teaching council.

All About The Maiden (First) Edition Of The Licensure Exams

Statistics: Pass and Failure Rate From The Maiden Edition 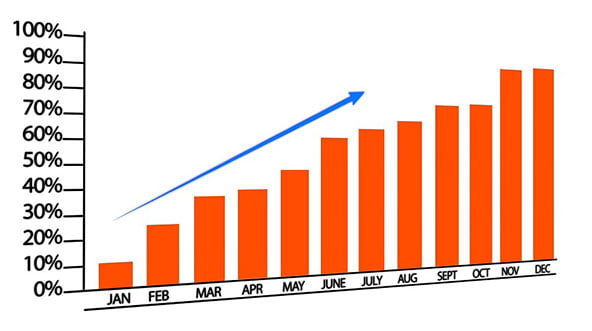 In the first edition of the licensure exams which took place between September 10 and September 12, 2018 saw candidates take three papers namely  Professional Skills, Literacy and Numeracy.

Out of fifteen thousand six hundred and forty-seven (15,647) males who wrote the maiden edition of the exam, three thousand five hundred and thirty-two (3,532) representing 23% of them failed.

While out of thirteen thousand one hundred and ten (13,110) females who took the maiden edition of the exam, three thousand nine hundred and thirty-eight 3,938 representing 30% of them failed.

The results of twenty-six (26) candidates were withheld pending the completion of investigations into their involvement in allege examination malpractice, while twelve (12) had their entire results cancelled.

Venue Of The Maiden Edition

Initial Resistance Of The Licensure Examination 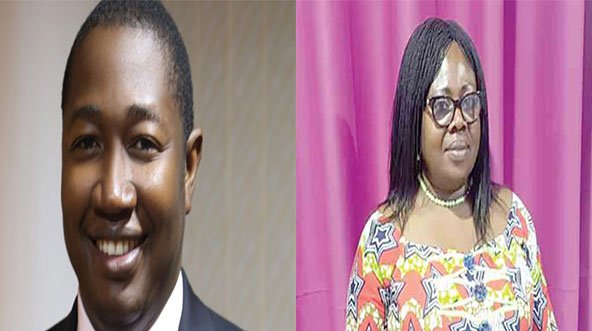 The licensure examination was initially resisted fiercely by some teacher unions and most of the newly trained teachers who threatened to hit the streets in protest after meetings upon meetings with their respective leadership.

The teacher trainees accused the national teaching council (NTC) of devising means to deny them employment. The  teacher unions argued that the entire process including the time table for the examination as “hastily put together”.

However, the national teaching council (NTC) dismissed the allegations of the teacher unions. Saying that they had already embarked on enough sensitization exercises since 2016, to educate and consult all stakeholders including the Teacher Trainees Association Ghana (TTAG), the vice-chancellors and registrars of the universities, the Conference of Heads of Assisted Secondary Schools (CHASS), the Conference of District Directors of Education, among others.

The Executive Secretary of the NTC Dr Mrs Oduro explained that the rationale behind the licensure examination was not to prevent people from getting employment, as perceived by some students in the colleges of education.

It was after the meeting of the Minister of Education, Dr Matthew Opoku Prempeh with the teacher unions, that they to rescinded their decision and corporated.

Delay In Release Of Results Of The Maiden Edition

Amidst the misunderstanding between the NTC and the teacher unions, A group of trainee teachers called the Friends of Colleges of Education, headed to the Supreme Court to seek an injunction to prevent the maiden edition of the Teacher Licensure Exams from taking place on scheduled, Monday, 10 September 2018.

A flag bearer-hopeful of the main opposition National Democratic Congress (NDC), Elikpilm Agbemava, who served as the lawyer for the group, filled the suit on their behalf. But it was thrown out by the court and the exams proceeded.

Even after the unsuccessful injunction on the scheduled date of the maiden edition of the licensure exams, Mr Agbemava took a similar action at the Supreme Court.

He sought a declaration that; on a true and proper interpretation of Article 190 (1) (a) and (3) of the 1992 Constitution, the creation of the National Teaching Council, National Inspectorate Board and the National Council for Curriculum Assessment, is unconstitutional.

He also sought a declaration that; on a true and proper interpretation of Art 17 and 296 of the 1992 Constitution, the guidelines and procedures for the licensure examination for only newly-trained teachers, is discriminatory, arbitrary, an abuse of power and inconsistent with the 1992 Constitution and, therefore, unconstitutional.

He further sought a declaration that a “trained, qualified teacher” is a person who has sat and passed all the modules, contents and methodology of the various courses of the colleges of education as established by the Colleges of Education Act, 2012 and certified by the University of Cape Coast or the National Accreditation Board National Teaching Council’s and “registered” by the Ghana Education Service as a person qualified to teach at the pre-tertiary level and not by virtue of any licensure exam supposedly organised by the National Teaching Council established under the Education Act, 2008 (Act 778), as amended.

All these court actions unduly delayed the release of the results for about five months amidst fears that that the entire licensure examination might be squashed by the court.

However the supreme court threw out the case and the ntc licensure exams in the process had legal backing.

The results for the maiden edition was then released in February 2019.

Outcry On The Massive Failure Rate

The past deputy general secretary of the Trainee Teachers Association of Ghana (TUTAG), Mr Ekow Painstil Gyan, expressed worry about the massive failure rate of the maiden edition of the licensure exams.

He made his views known on Citi FM on 11 March 2019 still taking the stance that the opposing teacher unions took against the hasty nature of the maiden edition.

“You can’t ask someone to go and sit down without giving that person a course outline to study, no it is wrong”.

There was unprecedented instances of examination malpractice in the maiden edition of the licensure exams, way more than one would expect from an exam of that nature.

This led to the credibility of the whole process being questioned especially by those who initially opposed the licensure exams.

The malpractice was mostly due to delays and lack of synchronization of the starting time across the country. There were instances where people started the exams over 30 minutes late than other center.

This led to the questions being snapped on smart phones and distributed across social media platforms.

Good thing is the national teaching council (NTC) got it right the second edition. There was arguably no instance of malpractice at all.

This was mostly due to synchronization of starting times across venues and propably the involvement of WAEC in the examination process. As venues for the second edition of the exams was restricted to WAEC exams centers across the country instead of colleges of education.

All About The Second  Edition Of The Licensure Exams

The second edition of the national teaching council (NTC) licensure exams begun registration around 17th march 2019, the registration lasted a week. After which the exams was taken on 25th and 26th march 2019.

Out of the twelve thousand and seventy-six (12,076) candidates who sat for the licensure exams, eight thousand and eighty-nine (8,089) representing 67% passed.

Venue Of The Second Edition Of The Exams

Venues for the second edition of the licensure exams was restricted to WAEC exams centers across the country instead of colleges of education. This helped prevent malpractices due to the synchronization of starting times across venues.

All About The Third Edition Of The Licensure Exams

The National Teaching Council (NTC) has set first week of September 2019 for registration and 24th to 26th September 2019 as dates for writing the third edition of the teacher licensure exam. Note that the 24th and 26th September is subject to change. This has been the norm. However changes would be communicated by the NTC through its appropriate channels.

An estimated 15,000 candidates are expected to take the exam. This would include those who could not take part in the maiden and second edition of the licensure exams and as well as the those who failed in both editions of the exams.

Venue For The Third Edition Of The Licensure Exams

The venues of the third edition for the licensure exams is yet to be confirmed by the national teaching council (NTC). It could be colleges of education as was done last year. So as not to bring inconvenience to teacher trainees due to their large numbers involved.