A High Court in Winneba presided over by Her Ladyship, Justice Janapare Bartels Kodwo, has thrown out an injunction and certiorari application filed by Dr Kaakyire Duku Frimpong against the University of Education, Winneba (UEW).

The injunction by Duku, a lecturer and President of the UTAG-UEW, sought to challenge the Vice Chancellor’s power to nominate three candidates for election to occupy the position of a pro-Vice-Chancellor.

The Pro-Vice Chancellor’s election slated for June 13 this year was postponed a day before the election, due to an application filed against the respondent institution.

In court today [Monday] her Ladyship Justice, Janapare Bartels Kodwo dismissed the said application on procedural grounds and awarded a cost of 5,000 cedis against the applicant, Dr Kaakyire Duku Frimpong.

Dr Duku Frimpong had alleged in his suit that participation in the process for the election of a Pro-Vice-Chancellor was being limited to a chosen few to the disadvantage of other equally qualified persons.

Dr Duku had told Citi News that the unlawful conventions must be immediately discontinued to allow for the right processes to be used in the selection.

“When you practice a convention for a period, it doesn’t make it a law. What used to be where senior-most professors were nominated, things have now changed. We need to revisit our statutes and use what the statutes say. The nomination should be avoided. Whoever is interested and qualified per the statutes should avail himself or herself to be elected,” he said.

This development comes in the wake of a request from the Member of Parliament for the Effutu Constituency, Alexander Afenyo Markin for the reinstatement of dismissed Vice-Chancellor of the school, Professor Mawutor Avoke.

Mr Markin has written to the Governing Council of the UEW, calling for steps to be taken to reinstate Professor Avoke.

“I have read in detail the report of EOCO and it appears regrettable that Rev Father Professor Afful Broni who was the lead complainant of the procurement irregularity and persistently urged my office to pursue same was indicted whereas his boss, Prof. Mawutor Avoke and the Finance Officer, Dr Theophilus Senyo Akorlie were completely exonerated by EOCO of any wrongdoing.”

“I expect that in the interest of justice and fairness, your council upon receipt of this report will do the needful and take appropriate action. I need to reiterate that Ghanaians are following the events of the Education of Winneba keenly,” excerpts of his letter had said.

Notice Of Election Of PRO-VICE-CHANCELLOR

The university Of Education Winneba Has Officially Released Notice On The Election Of The Pro-Vice Chancellor With The Statement:

Members of staff may recall that the Pro-Vice-Chancellor’s election which was scheduled for Friday, 14th June, 2019 had to be postponed indefinitely due to a court injunction.

Following the Court’s ruling today, 18th November, 2019, dismissing the application as unmeritorious, Management of UEW hereby wishes to inform the University Community of new arrangements for the Pro-Vice-Chancellor’s election.

Members of Convocation shall go to the polls on Thursday, 21st November, 2019 across all the campuses to elect a substantive Pro-Vice-Chancellor. The election is expected to start at 8:00am and end at 4:00pm.

The Vice-Chancellor’s nominations for the elections in accordance with the University Statutes 7 (b) still stand valid. The Nominations are:

Ballot papers have been forwarded to the satellite campuses.

Background Of The Impasse

The Efutu Member of Parliament, Alexander Afenyo-Markin in May 2017 petitioned EOCO through the Education Minister, Mathew Opoku Prempeh, with 13 allegations against some principal officers of the University.

The investigations concluded that the University complied with the provisions of the Public Procurement Authority Act as amended in its award of contracts to Sparkx Ghana Limited for five distinct projects.

This is contrary to Mr Afenyo-Markin’s allegations that the Officers did not follow the due process in the award of the contracts. EOCO in its report, also noted that there was no evidence to establish any act of impropriety against the Officers for a 3 per cent investment paid to the management staff of the University.

It also dismissed Mr Afenyo’s allegation that the University failed to use national competitive tendering in the purchase of 8 pick-up trucks which cost the Institution eight hundred thousand Ghana cedis.

EOCO concluded in its report that the allegations were unfounded, baseless and untrue.

Prof. Avoke had on several occasions attempted to take back his previous position but to no avail.

Please click the links below for the Guidelines for the Use of Proxy Votes as well as a copy of the Proxy Form:

Guidelines for the Use of Proxy

USE OF PROXY VOTES – ELECTION OF PRO-VICE-CHANCELLOR

Copy of the Proxy Form

UNIVERSITY OF EDUCATION, WINNEBA
DEPARTMENT OF PUBLISHING AND WEB DEVELOPMENT
ELECTION OF PRO-VICE-CHANCELLOR
PROXY VOTE FORM
I, the undersigned, …………………………………………………… (Name and Staff number)
of ……………………………………………………………… (Department) being an eligible
member of Convocation (UEW) and entitled to vote at its elections hereby appoint
………………………………………………. (Name of appointed person and staff number) of
…………………………………………………… (Department) as my proxy to vote on my
behalf during the Election of Pro-Vice-Chancellor to be held on Thursday, November 21, 2019.
Signature: …………………………..
Date: ………………………………..
NOTE:
• The completed proxy form should reach the Department of Publishing and Web
Development (Publications Unit) (Winneba Campus), OR the College Registrar/University
Relations Officer (Kumasi Campus) OR the College Registrar, Mampong Campus OR the
College Registrar, Ajumako Campus (whichever is application) by 4:00 p.m. on
Wednesday, November 20, 2019. Applications to vote by proxy sent as e-mails and as
text messages on cell phones would not be accepted.
• A person appointed as a proxy would be required to show a copy of this form on the day
of election.
• The completed proxy form should be in a sealed envelope with applicants Name,
Department and Signature written across the seal. The envelope should be marked
PROXY. 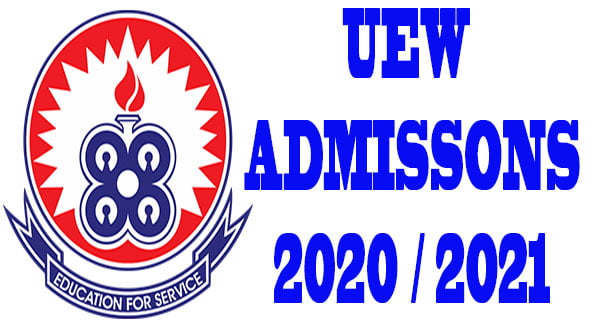