Video: Kwaku Manu and Archipalago Fight In Public In The USA

Two of Ghana’s personalities could be seen exchanging serious words to the extent of nearly exchanging fists.

In what started as a tease about Archipalago’s shambolic song he released a while ago, resulted in a serious fight. The two Ghanaian personalities exchanged words to the extent of throwing hands.

All this happened in broad day light in the United States Of America. If not for the intervention of their friends around, it would not have ended well.An on watcher captured the video and shared it on instagram.

Kwaku Manu who is on a visit to the United States Of America, was with two friends when Archipalago joined them.

Kwaku Manu tried teasing him over how whack his  “Megye” song was which definitely did not go down well with the US based ghanaian social media personality.

If not for the intervention of their friends around this would have been a serious fight.

Here Is The Video 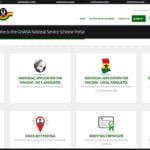 All in one detailed national service procedures guide. Read More.