Officials from the Office of the Head of the Local Government Service (OHLGS) led by the Acting Chief Director, Mr James Oppong-Mensah presented its Budget Estimates for the 2020 Fiscal Year to the Parliamentary Select Committee on Local Government and Rural Development for deliberation. The meeting was presided over by the committee’s chairman, Hon. Kennedy Agyapong.

In the presentation of the 2020 Budget Estimates, the Head of the Budget Unit at the OHLGS, Mr Emmanuel Nartey highlighted the Financial Performance and Achievements of the LGS in 2019. Other areas touched included Key Performance Information for Budget programmes; Key priority projects and operations for 2020; Key challenges and the 2020-2023 Medium -Term Focus.

Members of the Committee deliberated extensively on the Budget Estimates presented and raised numerous concerns paramount among which the was inadequate budgetary allocation for the Goods and Services component of the budget based on the ceilings provided. It was suggested that there should be a second look at the budgetary ceilings provided to the Service in the light of the demands of the Local Government Service.

The Minister for Local Government and Rural Development, Hon. Hajia Alima Mahama expressed appreciation to the Chairman and Members of the Committee for their continuous support and contributions to strengthening decentralisation and local governance in the country. 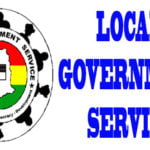 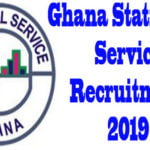 Field Data Collectors Needed For The Population Census; How To Apply . Read More.