Registration for the third edition  of the NTC licensure exams is riddled with unprecedented challenges, left to be solely handled by the poor prospective teacher. After paying GHC 220, one would expect a smooth registration as the previous two editions but no. This years registration process is so heartaching  as numerous prospective teachers have lost a some of GHC 220 cedis for a registration they were unable to do. The registration deadline therefore had to be extended.

Reasons For The Numerous Challenges

1. Verification During The Registration:

The third edition of the NCT licensure exams has incorporated a verification system where the index number and other details of a prospective candidate is verified with details provided by the institution attended by the candidate. This was not the case with the first and second edition of the licensure exams. This is to wean out non-educational candidates (candidates who did not offer educational programs).

How The Verification System Works

Education offering institutions such as all accredited colleges of education, Universities (UEW, UCC), accredited College of Distance Education institution (Jackson College etc) were to present the names of all qualified graduates to the NTC to add to their database (the system) that when a prospective candidate enters their index number during the licensure registration process, it will compare with the details provided by the institution and either allow the candidate to progress with the registration or decline the registration.

The Problem With The Verification System

Secondly those who did other forms of educational programes from less “popular” educational institutions where also not in the system. Even 2019 year batch of certain Colleges of  Education who were to be the main focus of this exams were left out initially.

The question now is who’s responsibility is it to ensure that the details of all QUALIFIED prospective candidates are captured into the system ? Is this a deliberate attempt to disenfranchise a qualified prospective teacher a licence or just the usual disrespect for the teacher.

2. Limitation On Use Of  The NTC Registration Vouchers

To compound matters, the voucher for the NTC licensure exams registration could only be used 5 times unlike the first and second edition of the licensure exams. The voucher which used to have unlimited usage is now restricted to five times. A voucher of GHC 220 is of no use after loging in five times amidst all these outrageous registration problems.

Hundreds of prospective NTC Licensure Exams candidates exhausted the five times trial amidst this challenges even before they knew. There was no indication that the voucher was to be used five times initially but the system was updated to notify candidates after scores of  candidates exhausted the voucher. Another question now is, Should a voucher of GHC 220 be limited to only five tries amidst these unnecessary challenges?

I Stated that over hundreds of prospective licensure exams candidates exhausted their cards not out of imagination but because i am in a group of over a thousand prospective candidates providing various kinds of assistance as it should be for free. Who’s responsibility should this be.  The NTC just like our various state institution provided an email address and four contact numbers but do not pick and later got switched off. They later nicely provided a whatsapp number on their facebook page but that one also mostly does not go through when messaged.

It was almost a ridiculous approach to dodging responsibility. With the shear number of people expected to register, as stated by the NTC themself, Is “whatsapping ” a single number the right approach even after several complaints on their social media handles by frustrated candidates. Its simple, technical support was non existent. They expected this registration process to be as smooth as the others whiles forgetting that they have placed stringent verification processes in place that would backfire. 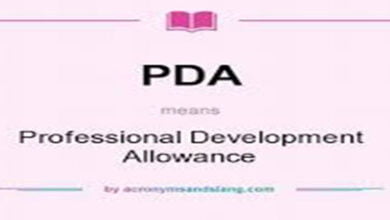