Yvonne Nelson has spoken on the issue concerning rumours that surfaced a few years ago that she dated Pappy Kojo.

In Pappy Kojo’s breakthrough song “Awoa”  in 2016, he stated that “Yvonne Nelson s3 me nyanaa mi nfa ts3n” in the Fante dialect. Meaning if he had a chance with Yvonne Nelson he was going to take it.

Not long after the video that even featured Yvonne Nelson, both of them became very close. The musician and the actress had been spotted at many places together afterwards. 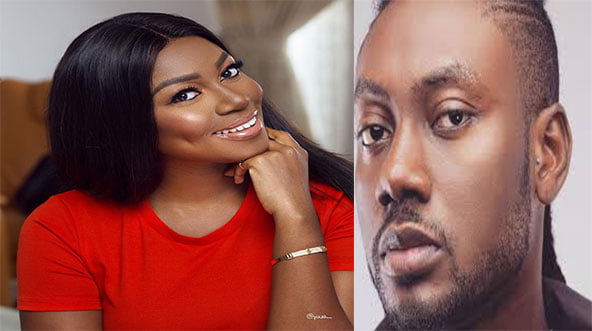 This sparked wild rumors of them dating. However, Yvonne Nelson has cleared the waves with her interview on Hitz FM “Daybreak Hitz” show. The show hosted by Andy Dosty quizzed Yvonne Nelson on that rumour.

She however replied to say that Pappy Kojo is just a cousin and never had anything romantic to do with him.

“Pappy is my cousin, in fact, he is like a family member and we knew it. His mother visits our family, my family does the same”.

Yvonne added they had always been cousins and wondered why people speculated that they were dating.