On 27th November 2019, The government of Ghana conferred Ghanaian citizenship to 126 African Diasporans  who have lived in Ghana for many years. These were part of commemorating The Year of Return 2019 as promised some years back. The new citizens were urged to respect and abide by the laws of Ghan, live in accordance with the tenets of Ghana’s Constitution and guard jealously our country’s image.

As well as bringing their Experiences and resources to the development of motherland.

The hundred and twenty six members of the Diaspora community qualified for the citizenship after living Ghana for many years.

The ceremony was part of the series of activities commemorating the ‘Year of Return’.

The president, his excellency Akufo-Addo urged them to respect and abide by the laws of Ghana; live in accordance with the tenets of Ghana’s Constitution; and guard jealously the country’s image.

“I am glad you have decided to make Ghana your home, and thereby, join several generations of Diasporans, who committed their lives to us.”

The president noted that several persons, including the likes of George Padmore, Bob Marley’s widow, Rita, Maya Angelou, and W.E.B du Bois all found homes in Ghana, with the latter buried in the country.

President stated that Ghana recognizes her position as the location for the trans Atlantic slave trade and therefore extends hands to Africans in the diaspora. He stated ;

“That is why we had a responsibility to extend a hand of welcome back home to Africans in the diaspora. Many have responded to this call, and the ‘Year of Return’ has so far proven to be a joyful and learning experience all round for all of us,” he said.

To the 126 Diasporans, the President urged them to  abide by the laws of Ghana and live in accordance with the tenets of Ghana’s Constitution. He stated;

“You have the responsibility of preserving and promoting the image of a country whose reputation, amongst the comity of nations, is, today, high. You are citizens of a country that is regarded as one of the most stable on the continent, a beacon of democracy, governed by the rule of law and respect for individual liberties, human rights and the principles of democratic accountability, as a result of the commendable acts and deeds of past and present generations of your fellow Ghanaians,”

“In all your actions, I urge you to guard jealously our country’s image. It is a charge, I am confident, you will uphold. In doing so, I suggest that to facilitate the process of re-integration, you learn at least one Ghanaian language of your choice – Akan, Ewe, Ga, Dagbani, Hausa, or Nzema, amongst others.”

“Simply put, I just want us to be self-confident, and accept that we shall never reach the level of development we aspire to by relying on aid or external assistance, no matter how generous. It is a mindset that I wish us to discard, a mindset of dependency and living on handouts,” he added.

Rabbi Kohain, who spoke on behalf of the new citizens also stated in his speech.

“The most valuable possession that was taken away from us was our identity and our connection; it was like severing the umbilical cord… But tonight, our identity, the dignity, the pride that has been absent is restored here,”

The oath of allegiance was administered by a judge at the Jubilee House.  The new citizens took turns to shake hands with their president and went on to collect their citizenship certificates. The president upon conferring them citizenship stated in his speach;

“On behalf of the government and people of Ghana, I congratulate you once again on resuming your identity as Ghanaians,”

Ghana has been hosting a raft of activities, at home and abroad, to encourage the descendants of those who were forcibly sent away to return as part of the “Year Of Return” initiative. In June, the president embarked on a five-nation tour of the Caribbean to promote the initiative.

This is not the first time Ghana has given citizenship to African diasporans  who have resided in Ghana for long. In one of his last acts in office, former president John Mahama witnessed a naturalization ceremony ‘restoring’ citizenship to 34 diasporan Africans in December 2016.

The idea of a homecoming of African diasporans has long been fancied and championed. Right from the founding of the modern nation in 1957, early Ghanaian leaders led by the first president Kwame Nkrumah preached Pan-Africanism, one that transcended the shores of continental Africa.

This conferring of citizenships gives an added force to the country’s Right of Abode law which was passed in 2001. That law gives anybody of African ancestry in the Americas, the right to stay in Ghana indefinitely.

The return of the African diaspora is economically pragmatic for Ghana. Earlier this year, the government waived visa requirements for some countries and slashed the cost of a visa on arrival in half in hopes that heritage tourism will bring in much-needed revenue.

About 500,000 tourists are expected to visit Ghana during the Year of Return; up from the 380,000 that visited in 2018. Businesses are eagerly anticipating an influx of visitors over the Christmas festive season with the Afro Nation and Afrochella festivals expected to attract thousands of young African diasporan .

In the United States this year, Ghana has been heralded as a major end-of-year vacation destination among some African American celebrities, such as Steeve Harvey and Cardi B among several others 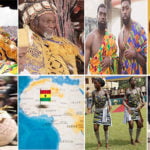 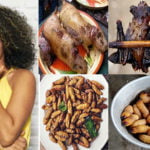 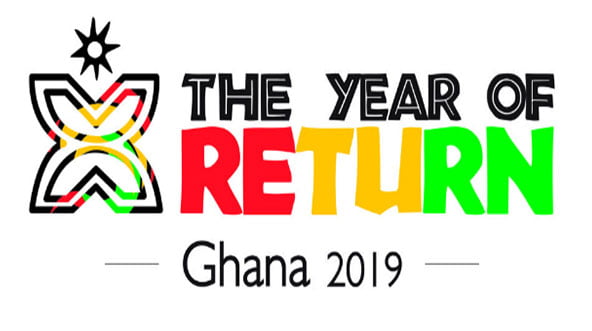